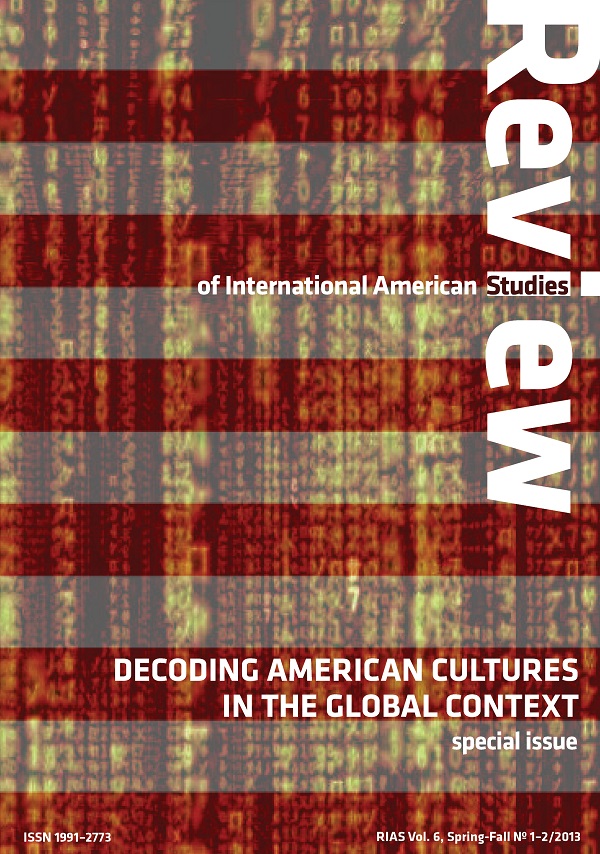 […] For Friedman, the world in the 21st century is flat because the social, cultural and economic impact of technology has been to foster the development and profound influence of globalization—in effect, to create a new understanding of the relationship between America, the Americas and the globe. That new understanding, in Friedman’s view, goes both ways. As US American products and culture are disseminated throughout the world, as the countries of the Americas continue to rise in economic power and importance, so too, through technology, do countries in other parts of the world begin to make their presence known and felt more strongly than ever before. As this enormous change takes place in the objective world in which we live, so too does it have a proximate effect on the world of ideas. And it is because of this effect on the world of ideas that Friedman’s use of the ‘myth of the Flat Earth’ can be seen to be especially illuminating. As a myth, the idea of the Flat Earth is one whose familiarity is so intimate as to be almost comforting, especially in terms of common conceptions of the meaning and significance of American culture. Especially in the context of US America, the notion that America itself represents the dawning of a never before seen world-understanding would seem only right, given the historical ascendancy of American exceptionalism and its seemingly indestructible influence. Digging deeper into the meaning of this intimacy, however, reveals a hidden comment on the foundations of knowledge itself. This is because embedded within it is a very telling yet less-than-evident question: what is the idea of the Flat Earth, if it is a representation of what is known—what can most radically be known—at a particular point in time? Encapsulated within the myth of the Flat Earth, then, is also an understanding of the zenith of knowledge of the natural world at that time. It is because of this subtle signification that it does not therefore matter, whether or not the myth is actually true. What is important is that it represents a form of a truth, a belief in a particular truth about a particular aspect of reality at a given point in time. […] What exactly does it mean to consider American culture(s) in a global context? What issues are highlighted within this context that may be obscured in others? What aspect of American culture(s) come to the fore that we might otherwise overlook or ignore? What does or can the imbrication of the idea of ‘global’ change about our understanding of American culture(s)? Does considering American culture(s) in global context help us to understand the other cultures with which they come into contact? Does it help us to understand American culture(s) it(them) self(selves)? These are just some of the questions addressed by the essays included in this issue. In their examination of the global context, each of the essays in its own way addresses the ‘boundaries’ of knowledge, of what can/ should be known about American culture(s), especially as these are seen to stretch far beyond their own geographical locations, especially in their interactions with other cultures. Near and far, high and low, through the brave and bold explorations of their authors, these essays seek to move our understanding of American culture(s) into new vistas of the global imaginable until they disappear beyond the recognizable horizon of the known, leaving behind them a beguiling invitation, contained in their cry, ‘Land, ho!’ (Read more inside)

AMERICAS, GLOBES, and the Myth of the Flat World

'AND NEVER THE TWAIN SHALL MEET?' Considering the Legacies of Orientalism and Occidentalism for the Transnational Study of the US

FROM SICILY 1943, TO IRAQ 2003 Resisting the Enlisting of John Hersey's A Bell for Adono as Propaganda for the American Empire

TO GO BEYOND COMMUNAL NARRATIVE CONSTRUCTS: The Case of William Faulkner and Nakagami Kenji

AMERICAN WOMEN REFORMERS IN CHINA and the Paradox of Internationalism, 1910s-1930s

A HISTORICAL VIEW ON THE EXPORT OF AMERICAN LAWS

TWO SONGS OF FRIENDSHIP: The Convergence of Judeo-Christian and Nuu-chah-nulth Philosophies of Friendship in the Narrative Space of the 21st Century

WHO IS INDIAN ENOUGH? The Problem of Authenticity in Contemporary Canadian and American Gone Indian Stories

GLOBALIZATION, IDENTITY AND CULTURAL CORES: Mixed-Blood and Métis Writers in Canada and the US