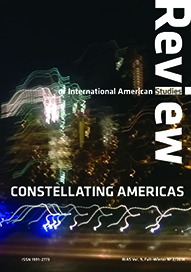 [...] Let us imagine, for a moment, that we have become characters in our own Robinsonade (in a time long before Daniel Defoe chronicled Robinson Crusoe’s epic journey).  Engaged in a half-magical, early Renaissance exploratory endeavor, like so many others before us, we set out full of hope into uncharted waters in a well-provisioned ship, certain that our quest will end in the success we seek, the discovery of heretofore unknown lands, full of untold riches that will be ours for the taking.  Fuelled by an uncommon mixture of hope, desire and determination, we rush headlong into the indiscernible future, filled with visions of the life of gods we will lead upon our successful return, heavily laden with the wealth of our exploits.  But it is, unfortunately, not to be: not long into our journey, we are beset by a raging storm, whose almost demoniac power shatters our ship—and our hopes—to bits, a situation from which we only just barely escape with our lives.  The intangible imagined life of gods that was ours just a few hours before is brutally and abruptly transformed, now finding objective reality in the shards of our ship washing up on the hated shore that we were in fact blessed to find, though tortured by the painful realization that it is nothing like the shore we had hoped, imagined or sought to find. The storm having dealt with our clothing in much the same way as it did our ship, thus presenting us with an unaccustomed physical reality of near nakedness, this new shore, previously unknown to our imaginations, greets us with an immediate inhospitability that finishes the job by also stripping us figuratively bare, leaving us completely naked to our own understanding as well.  We are shipwrecked—castaways—most definitely not gods, lacking now not only the force that imagined a potential god-like existence, but the hope it generated.  Of determination, however, we must put that to good use, and quickly.  Life now takes on a very different quality, one of a more stark contact with the laws of nature than ever we have felt before.  We are hot, we are hungry, we are cold, wet, exposed, and excoriated by the wind, whose fingers, gentle or sharp like claws, are a constant presence.  Life is now raw existence, and in that existence, we grasp only the enormity of the sea and its deep mystery, the enormity of the heavens, its broiling sun by day and its shimmering stars at night, and the thankful—or thankless—certainty of land underfoot.

It is at this  juncture that we may most fruitfully encounter the essays contained in this issue of the Review of International American Studies, which highlights several works from the 7th World Congress of the International American Studies Association, held in conjunction with the American Studies Association of Korea’s 50th International Conference in Seoul, South Korea, August 17–19, 2015.  The conference theme, “Constellating Americas,” seeks a more complex international engagement in the field of American Studies, one that would foster a greater de-centering of the US within the field than even the inherently international approach of transnationalism has up to the present accomplished.  By borrowing Walter Benjamin’s notion of the constellation as a theoretical construct allowing for a different way of thinking about the interrelationships between the US and other instances of America within American Studies, the emphases of the conference bring about a radical shift in the field imaginary, pointing to both a horizontal and a vertical path toward greater interrelational understanding, the one reaching outward in space, the other in time. (Read more in the Ed/Note)

Re-signifying “Asia” in the Transnational Turn of Asian/American Studies