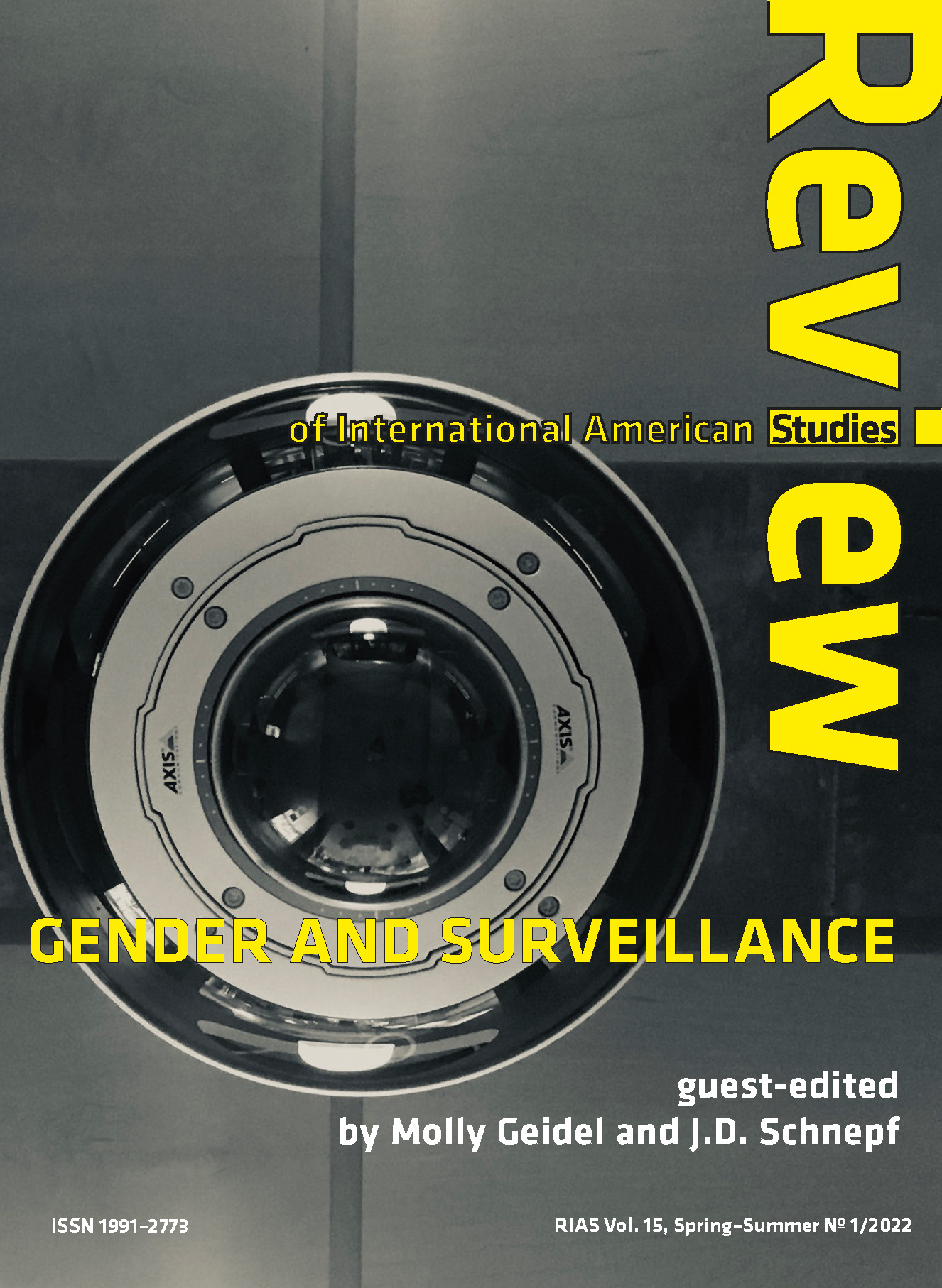 This issue of RIAS, guest-edited by Molly Geidel (University of Manchester, UK) and J.D. Schnepf (University of Groningen, the Netherlands), furthers the agenda put forward by the Feminist Surveillance Studies (2015) volume edited by Rachel E. Dubrofsky and Shoshana Amielle Magnet: that of putting critical feminist concerns at the center of surveillance studies. The essays in the first half of this issue highlight how a focus on the gendered surveillance associated with US imperialism—its practices, logics, and lexicon—can shed new light on the discursive formation of genders, sexualities, and feminisms in the age of the war on terrorism. Essays in the second half of the issue explore racialized and gendered forms of surveillance that generate new permutations of hypervisibility and invisibility.

"What activism can learn from poetry": Lyric Opacity and Drone Warfare in Solmaz Sharif’s LOOK

The Surveillance of Blackness in the Kardashians' Wellness Empire